[Victory!] Petition: We must put HORII ZOO out of the animal business!

Victory! Local government made an administrative sanction to cancel their registration of Horii Zoo

On May 28, Shiga Prefecture made an administrative sanction to cancel their registration of the first-class animal handling business of Horii Zoo.
Thank you for your cooperation in signing the petition.

This will prevent the director from doing business using animals for 2 years.
(The law has been amended so that it cannot operate for 5 years. However the old law will be applied to administrative sanctions against Horii Zoo.)

For animals that require breeding permission, such as giraffes and crocodiles, owners have been transferred to others.
There is a new company, which is represented by a person other than Mr. Horii, so there is a possibility that they may take in more animals.
We need to keep an eye on them continuously.

Petition: We must put HORII ZOO out of the animal business!
The most horrific and notoriouszoo in Japan 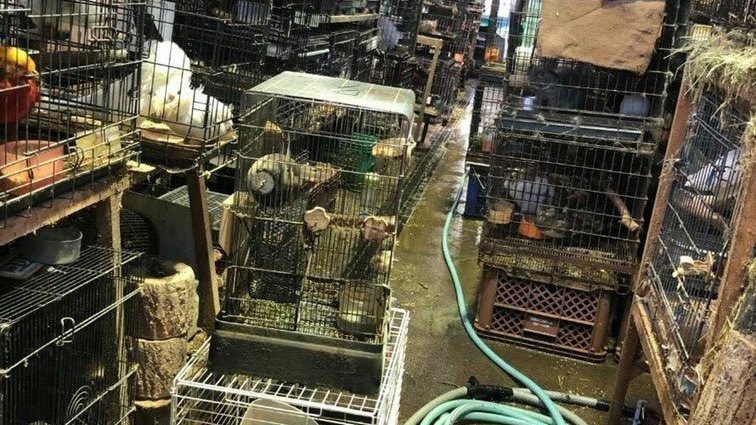 To: The Governor of Shiga Mr. Taizo Mikazuki

Yoshinori Horii, the Director and Owner started Horii Zoo 37 years ago in Shiga prefecture in Japan. They started off as a traveling petting zoo and in 2015, he started “Meccha Zoo” (meaning “A Zoo where you can actually touch the animals”).

In “Meccha Zoo” they kept a lion and other wild animals confined in tight, restrictive spaces but calling the facility a “Zoo”. The shopping mall zoo shut down on January 15, 2019 but all the animals were moved back to Horii’s farm.

Now, he is keeping 800 kinds of animals which sums up to 1000 lives in only two breeding farms. His farm(shack) has been kept in unsanitary conditions for decades and in 2011 he killed over 300 animals by accidently setting off a fire with a cigarette.

Since Horii lost his animals from this fire, he restored the zoo with 1000 animals in which he let many animals escape from their farm and endangered people and the animal’s lives. (e.g. Kangaroo, Porcupine, Scorpion, Camel etc.)

The Administration of Shiga has given guidance to improve their management and pointed out Horii’s illegal acts in accordance with the Animal Protection Law in Japan over 70 times in the past 10 years.

However, they have hardly improved and kept the animals constrained.

In December 2018, Yoshinori Horii was convicted guilty of raising an Abyssinian Colobus and Bald Eagle (both deceased) without “Permission for the Care of Keeping of Specified Animals”. Horii made an appeal to a higher court and is waiting for his trial in April 25, 2019.

Most of the animals are restrained or stacked in cages 24 hours a day. Some of them spend their whole life in a cage. It should be condemned on keeping the animals in such an unethical way and unsanitary environment.

We must put an end to this abusive and cruel zoo in order to save the lives of the animals in Horii’s hands. They have been given the chance of improving their management for years since PEACE intervened to bring attention to their poor and abusive handling of animals.

Our requests to Taizo Mikazuki, the Governor of Shiga and the Administration Office in Shiga will be as follows;

The above procedure will be needed in course of closing Horii Zoo.

In Japan, even if the above registration is taken away, Horii is still capable of owning the animals as personal belongings (including “Specified Animals”).

I need to note that he keeps a lion as a property of an individual and not the zoo.

We are thankful that we have a chance to let you know about our concerns regarding Horii Zoo.

Horii’s animals are suffering and dying day by day.

Please help us and support our campaign by signing our petition.