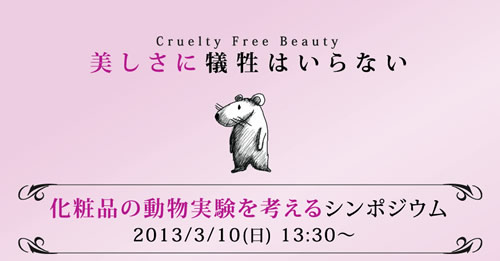 Pressured by the rising concerns of compassionate consumers in Japan, Shiseido, Japan’s biggest cosmetic company closed down their animal laboratory in March 2011, are now preparing for a total ban on cosmetic animal testing, including requesting the test from the third parties’ lab.

We see this coming March to be a turning point, a great chance to bring attention to this issue more than ever.

This opportunity has brought three of Japanese animal rights groups who have worked against animal testing together for one project :
“Cruelty Free Beauty” ,
a symposium that is aimed to educate Japanese consumers. 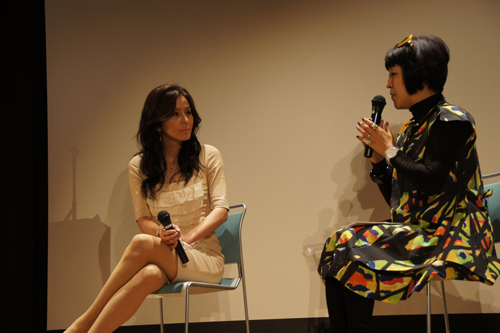 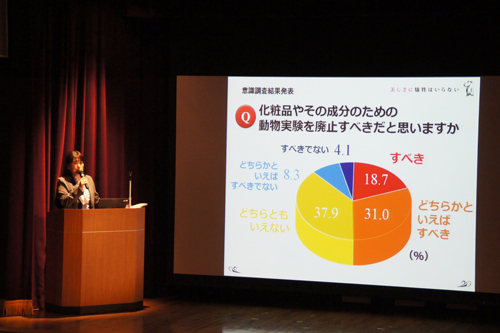 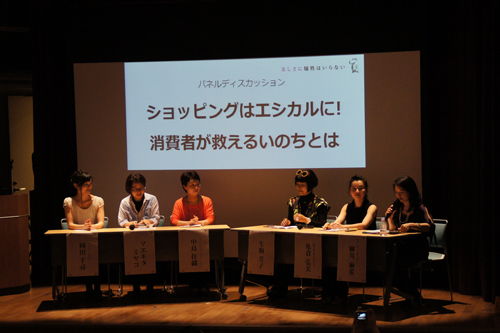