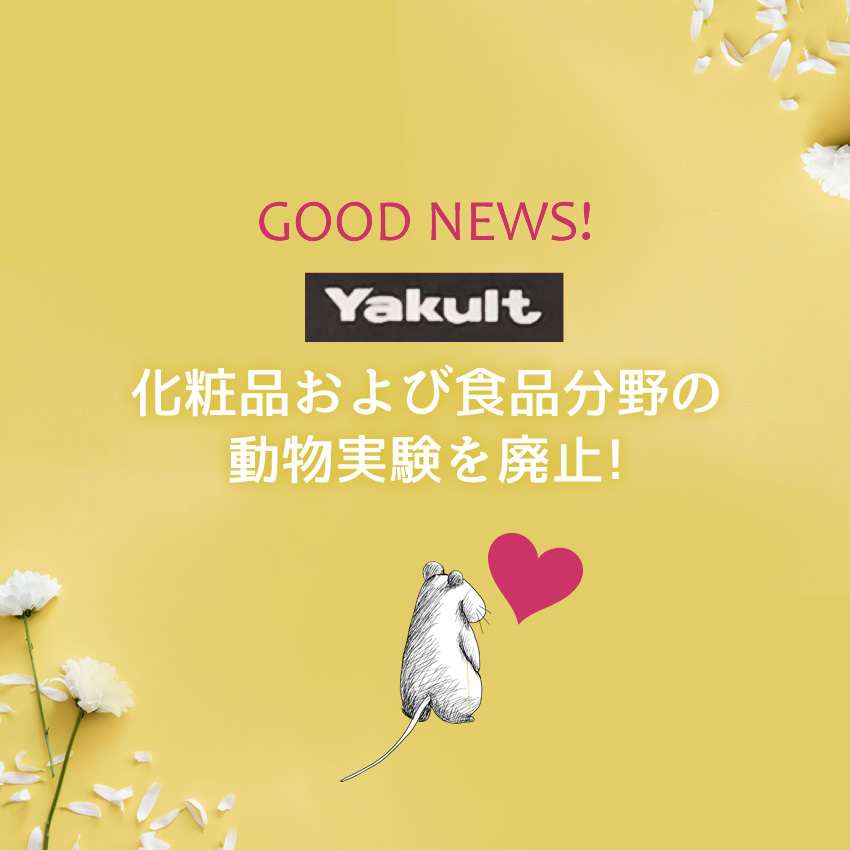 Yakult Honsha Co., Ltd., a Japan’s leading probiotic drink maker, which is operating business globally, told Cruelty Free Beauty (CFB) that they completely abolished animal testing on cosmetics, quasi-drugs, and food products for research and development as well as for applications for authorities*

On January 18, 2018, PETA, the world-largest America animal rights organization, praised Yakult Honsha for agreeing to ban the studies on animals if it is for health claims. However, we noticed that the company’s official website said that it was still conducting animal testing in the process of development in order to confirm the efficacy and safety of food products and medicines to protect users’ healthy life, and there was no mention of abolishment of animal testing on cosmetics, although many other manufacturers already did so.

In order to find out the real story about animal testing policy, CFB asked the company for a meeting. On January 31, we met three directors from Yakult Central Institute in charge of research management, safety, and cosmetics research respectively as well as a head of customer services.

With this, we finally confirmed that Yakult stopped studies on animal in the field of cosmetics and food. Why not sending a message to Yakult to show your support to their decision!

*In consideration of legal obligation including post-marketing incidents or instructions from relevant authorities of countries concerned, if safety assurance of the product or ingredients is required and it animal testing is only method to satisfy the purpose, it can be conducted as an exceptional case. It does not apply for animal testing in the field of medical products, which is outside the scope of CFB’s activities.